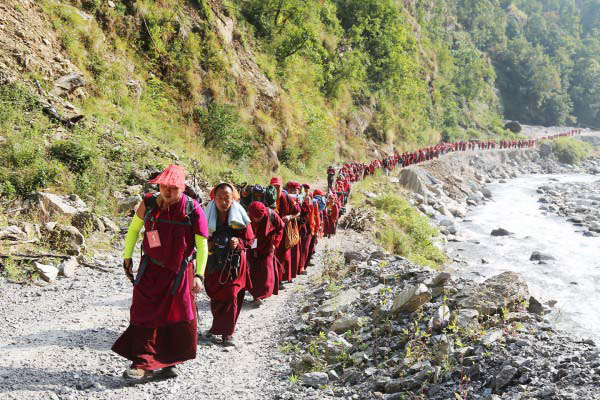 Two years ago, on this day (25 April, 2015), thousands of people lost their lives and millions were left homeless after an earthquake of 7.8 magnitude on the Richter scale struck Nepal.

A Pad Yatra themed “A Walk to Remember Nepal” was led by His Eminence Gyalwa Dokhampa from November 15 to November 22, 2015 to pray for all the affected beings during and after the earthquake.

This documentary, which captures Pad Yatra and the initiatives of the Live to Love International in the aftermath of this devastating earthquake, is released in memory of all those affected by the earthquake of April 25, 2015.